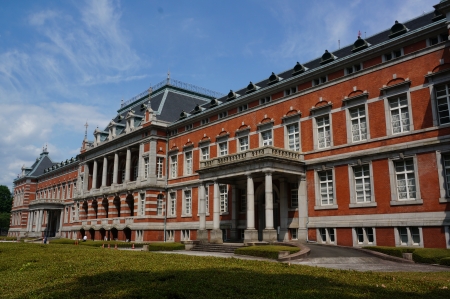 The original red-brick building, designed by the two German architects W. Bockmann and H. Ende, was completed in December of 1895 (the 28th year of Meiji) after about seven years of construction to serve as the Ministry of Justice building. The roofs and floors of the building were destroyed by fire in March 1945 during World War II, but the red-brick walls remained intact. When the structure was renovated through the restoration work conducted from 1948 to 1950， some alterations were made in the materials and the shape of the roof. The present red-brick building has, however, been restored completely to its original appearance in 1895, and its exterior was designated as a national important cultural property on December 27, 1994. 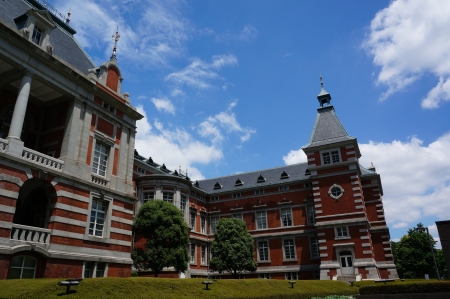 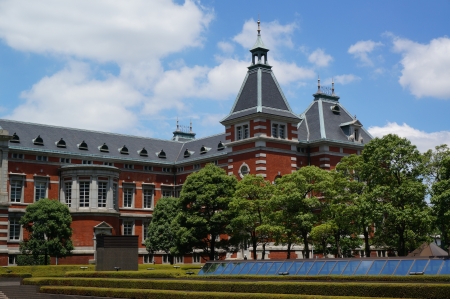 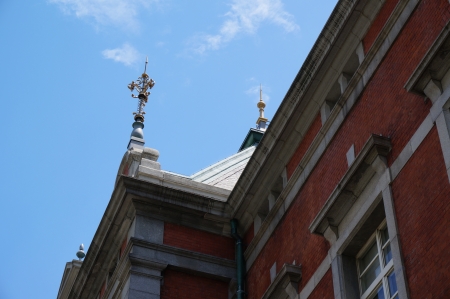 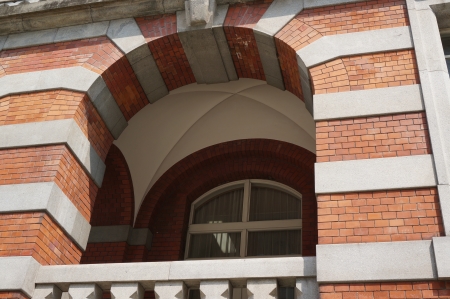 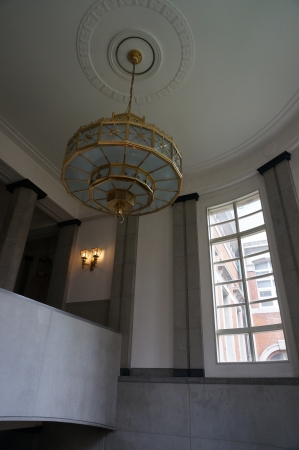 Light fixture on stairs to the Ministry of Justice Museum

Photographs of the Old Ministry of Justice Building (Red Brick Building) during the four seasons are occasionally updated. 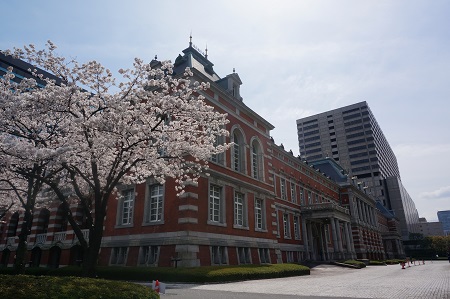 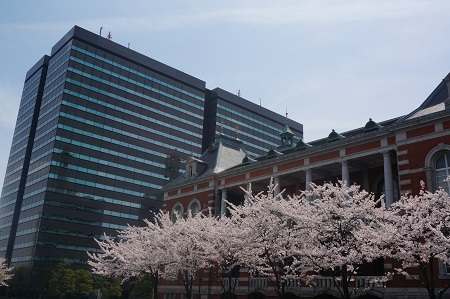 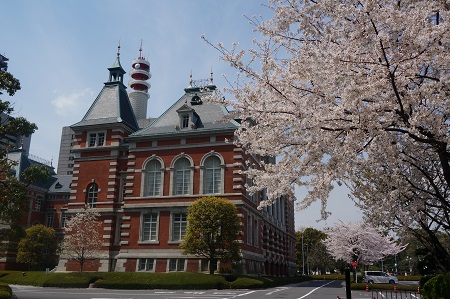 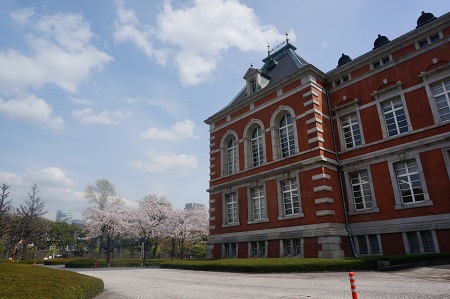 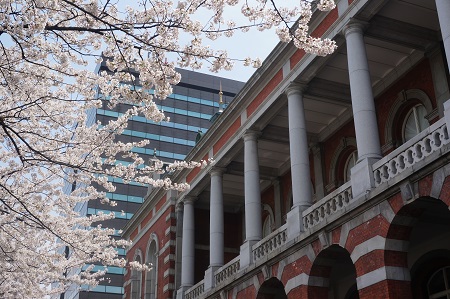 Looking up from the German Neo-Baroque style Red Brick Building with Central Government Building No. 6 (Ministry of Justice) in the background

From Spring to Summer 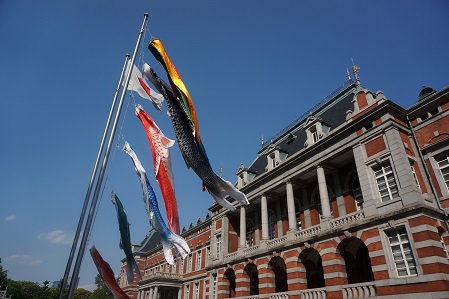 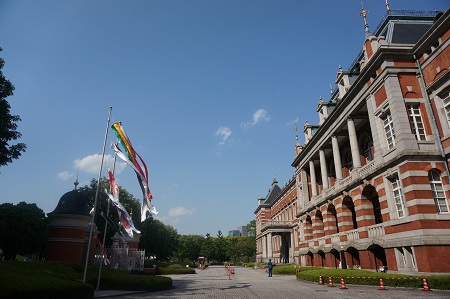 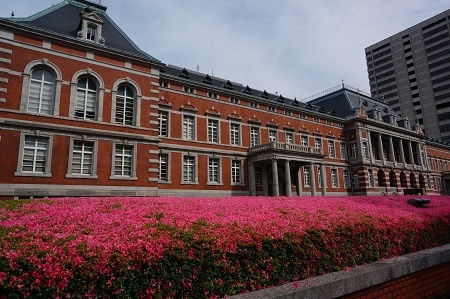 Satsuki azaleas planted all around the Red Brick Building 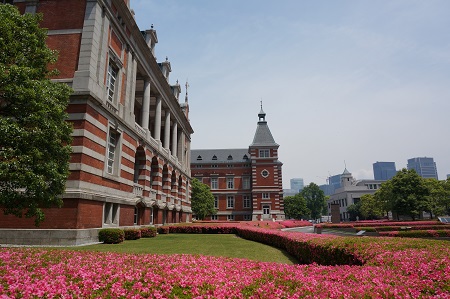 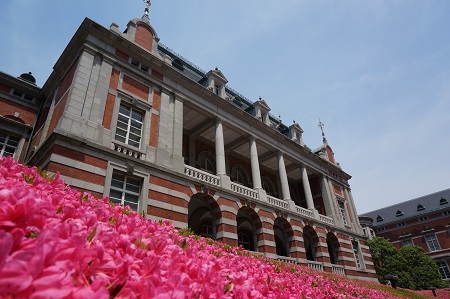 Red Brick Building in May colored in bright pink 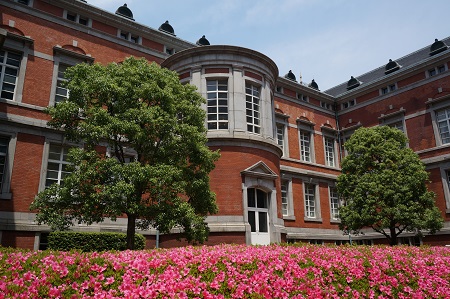 Photograph from outside the spiral staircase of the Red Brick Building

From Summer to Autumn 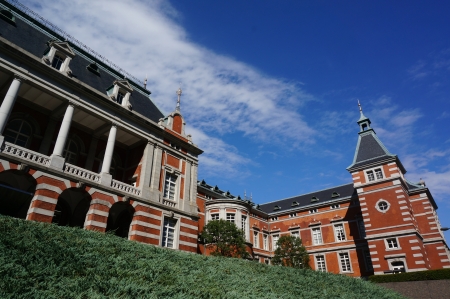 Red Brick Building and cirrus clouds in the autumn sky 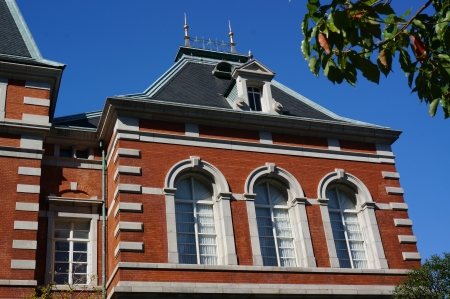 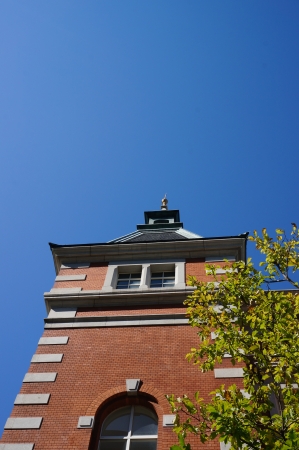 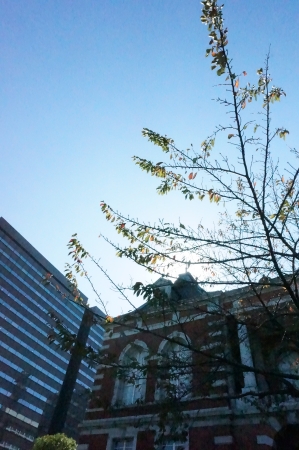 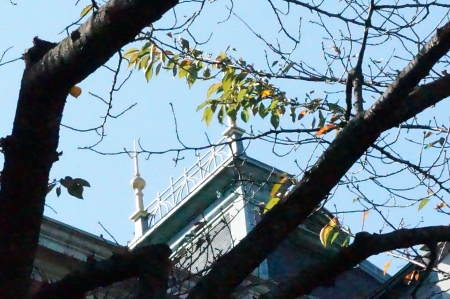 Needles shining in the autumn sun 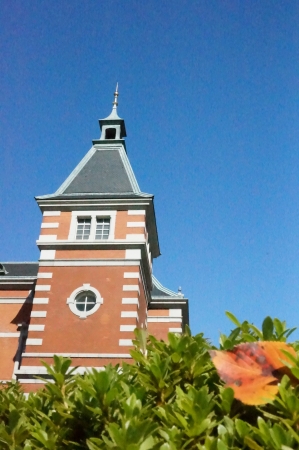 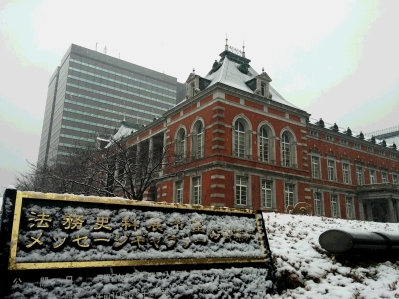 Snow quietly piling up at the Ministry of Justice building 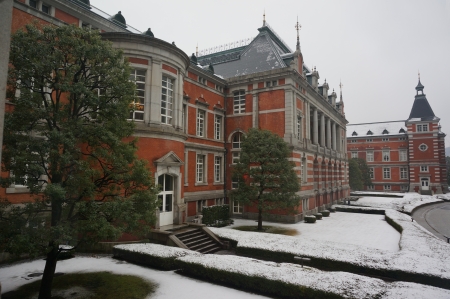 Color of red bricks brilliant in the surrounding white 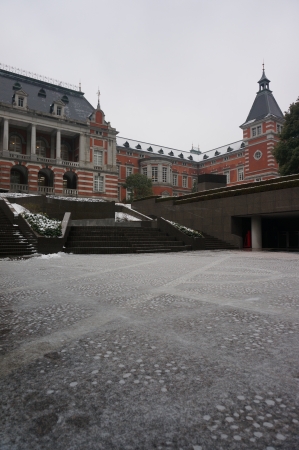 Looking up at the red bricks from the frozen sunken plaza 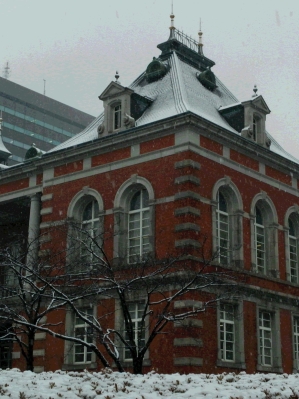 * All rights reserved. The unauthorized use of the photographs appearing on this page is prohibited.