Major External Organs of the Ministry

The Public Security Intelligence Agency is an administrative organ whose duties are to integrally conduct functions including intelligence activities and request for dispositions regarding the control of subversives and other relevant organizations based on the Subversive Activities Prevention Act and the Act on the Control of Organizations Which Have Committed Acts of Indiscriminate Mass Murder.
Furthermore, as a core member of the Japanese intelligence community, the Agency contributes to relevant governmental policies by providing relevant organs on a timely basis with domestic and foreign intelligence / materials collected through investigation and related to the public security of Japan.

The Operations of the Public Security Intelligence Agency

In Japan, there are many organizations and forces which may pose a security risk to the public. They include: Aum Shinrikyo, which carried out the subway sarin gas attacks, among others; leftist extremists, which have repeatedly conducted illegal activities including terrorist and guerilla attacks; right wing groups; and the General Association of Korean Residents in Japan.
Based on the Subversive Activities Prevention Act, the Agency conducts intelligence activities regarding those organizations which have a potential for subversive terrorist activities. When it is deemed necessary to take control measures as a result of intelligence activities, the Agency files an application with the Public Security Examination Commission in order to take control measures such as restricting their activities or giving them a dissolution order. Also, in accordance with the Act on the Control of Organizations Which Have Committed Acts of Indiscriminate Mass Murder, the Agency files an application with the Commission against organizations that have committed indiscriminate mass murder in the past and are still considered dangerous in order to take “surveillance measures” or other measures for preventing a recurrence. At the same time, the Agency conducts on-site inspections at the facilities of these organizations under the Commission’s order for surveillance and carries out necessary investigations.

In order to reveal the status of the activities of Aum Shinrikyo, the Agency conducts surveillance of the cult in an appropriate and rigorous manner. Investigations and on-site inspections of Aum Shinrikyo have revealed that the cult still poses a threat in nature: the cult has increased the number of new followers by recruiting activities without mentioning its name; the cult also has reinforced teachings designed to increase the followers’ absolute faith in Asahara, who is currently on death row.

There are many challenges to the security of Japan and its people such as North Korea’s ballistic missile test-launches, nuclear development and abductions of Japanese nationals; China’s extensive and rapid modernization of military strength; threats posed by international terrorism and proliferation of weapons of mass destruction. These challenges need to be carefully watched. Especially, Japan has repeatedly faced situations where tensions became heightened with its neighbouring countries over the territory and maritime interests of Japan, and these situations have become matters of great concern to the government and relevant organs of Japan. It has become one of the most important missions of the Agency, which is tasked to secure public security, to collect and analyze relevant intelligence with regard to these challenges, thus contributing to the government’s policies by providing relevant organs with the intelligence.

The Public Security Examination Commission is an extra-ministerial organ of the Ministry with the aim of maintaining public security. Upon receiving an application from the Director-General of the Public Security Intelligence Agency for regulatory actions on subversive organizations stipulated in the Subversive Activities Prevention Act or the Act on the Control of Organizations Which Have Committed Acts of Indiscriminate Mass Murder, the Commission examines the application from an objective and neutral viewpoint and makes a decision on whether any control measure is necessary or what control measure should be taken.
The Commission is composed of a chairperson and six members. They are selected from among persons of good character who are capable of making a fair judgment on the control of organizations and those who have ample knowledge and experience of both law and society. They are appointed by the Prime Minister and must be approved by both houses of the Diet. With regard to application of the aforesaid laws, the members perform their duties quite independently, free from any direction or supervision of the Prime Minister or the Minister of Justice.

The Act on the Control of Organizations Which Have Committed Acts of Indiscriminate Mass Murder is intended to contribute to securing the public security of Japan by prescribing necessary control measures in order to reveal the status of the activities of organizations which have committed an act of indiscriminate mass murder in the past and which are still found to possess a menacing nature, or to prevent the recurrence of an act of indiscriminate mass murder.
The Act provides for measures, aiming to prevent those organizations from committing indiscriminate mass murder again, such as the submission of mandatory reporting, surveillance action that legally authorizes the Agency to conduct on-site inspections, prohibition of acquisition and use of facilities, and/or prohibition to receive donation of money and goods. The Act also stipulates to impose appropriate punishment against prohibited conducts or rejection of on-site inspection. (Enforced in 1999)

Research and Training Institute of the Ministry of Justice 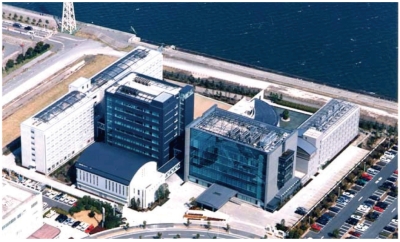 URAYASU Center, Research and Training Institute of the Ministry of Justice, Housing the Research Department and Training Facilities

The Research and Training Institute is one of the agencies of the Ministry of Justice. The institute conducts a wide range of work, including (i) research related to criminal justice policies and other Ministry of Justice affairs, (ii) various kinds of training for Ministry of Justice officials, and (iii) international cooperation both in criminal and civil sectors provided for developing countries mainly in the Asian region.


Research activities of the Institute encompass from general crime trends and the treatment of offenders in Japan to the analysis on specific crime situation and effective measure to reduce recidivism. White Paper on Crime is an annual publication that portrays the over all crime situation in Japan, and detailed analyses on thematic research topics can be found in the Research Department Reports and Materials. 
Various trainings are conducted for the officials of the Ministry of Justice (excluding correctional personnel and those at Public Security Intelligence Agency). In the trainings, various training subjects such as lectures, debates, and exercises are adopted so that the officials can acquire knowledge and skills needed as the officials of the Ministry of Justice, depending on their duties. Through the trainings, the institute is aiming to foster officials who can respond appropriately to operations that are becoming diverse and complex in recent years.


The Research and Training Institute has been actively offering international cooperation both in the criminal and civil sectors through: (i) providing training for criminal justice practitioners and implementing research for developing countries, mainly from the Asia-Pacific region, in cooperation with the United Nations, to contribute to, inter alia, the enhancement of countermeasures against organized crime and corruption, which are major policies of the UN; and (ii) providing technical assistance to developing countries mainly in Asia, that are promoting the development of their legal systems, focusing on the drafting or amending of fundamental legal codes, as well as the establishment of systems and status quo necessary for the operation of law, and capacity building for legal practitioners.
Promoting such international cooperation as mentioned above has not only contributed to the development of the countries of the Asia-Pacific region, but has delivered an important message to the whole world of Japan’s determination to make active international contributions from the viewpoint of strengthening countermeasures against international crimes and promoting smooth economic activities.


The Ministry of Justice cooperates with the United Nations in terms of policy-making and policy implementation in the field of crime prevention and the treatment of offenders through its financial and human resource contributions to the United Nations Asia and Far East Institute for the Prevention of Crime and the Treatment of Offenders (UNAFEI), established in 1962 based on the agreement between the United Nations and the Government of Japan.


Technical Assistance in the Legal Field