In criminal cases, public prosecutors have the power to investigate any criminal offense, decide whether or not to institute prosecution, request proper application of law to courts and control / supervise the execution of judgment, and furthermore, as representatives of public interests, they are given more authority by the Civil Code and other laws.
Prosecutorial power is exercised for the purpose of the maintenance of the law and order of the nation and society. The exercise of prosecutorial power is based on the principle of strict fairness and impartiality, and cases are handled with due respect to the human rights of the suspects. 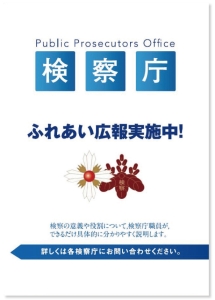 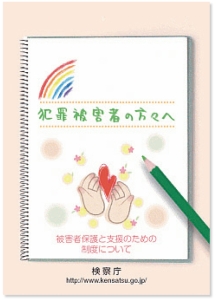 he cover of a pamphlet clearly explaining the various systems in the Public Prosecutors Office, supporting victims of crime