Some of the foreign nationals residing in Japan include those who are considered undesirable by Japanese society, such as those who have illegally entered or landed in the country, those who have obtained landing permission but are illegally staying after the expiration of the period of stay or are engaged in activities other than those permitted, or those who are imposed certain punishment. The Immigration Bureau handles the prescribed procedures from detection to investigation, and initiates deportation procedures in cases where a final decision has been made on deportation with regard to foreign nationals mentioned above.
Illegal overstayers who meet certain standards can leave the country following simple procedures under the departure order. 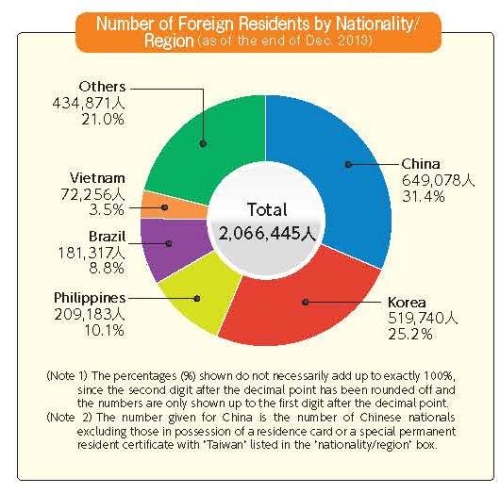 Number of Foreign Residents by Nationality/Region (as of the end of Dec. 2013) 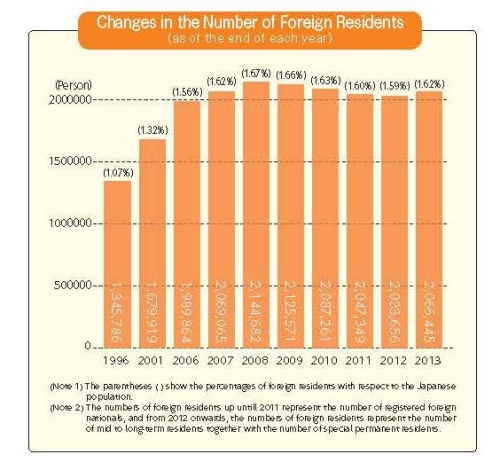