Dates for the Kyoto Congress Have been Decided 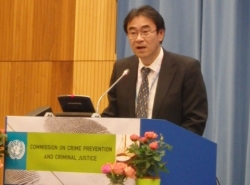 Vice-Minister Kurokawadelivered a statement at the plenary
The CCPCJ was established by the Economic and Social Council (ECOSOC) as one of its functional commissions. Consisting of 40 Member States elected by the ECOSOC, the CCPCJ is mandated, among others, to implement and review the United Nations Crime Prevention and Criminal Justice Programme. The 27th session of the CCPCJ was held in Vienna, Austria, from May 14 to 18, 2018. The Japanese delegation was led by Hiromu Kurokawa, Vice-Minister of Justice, and included other government officials from the Ministry of Justice and the Ministry of Foreign Affairs , attended the meetings in this session. 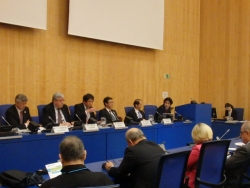 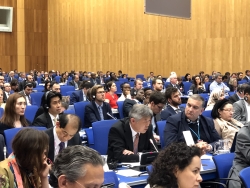 Statement by Vice-Minister of Justice