The inauguration ceremony of International Justice Center was held on Monday, November 27, 2017. 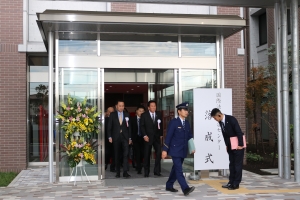 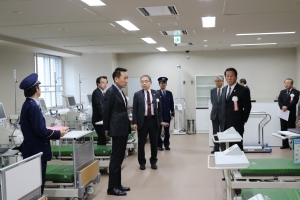 Visit to Dialysis Treatment Room of MCC East Japan
After the tour, the inauguration ceremony was held in the hall of TICP. Mr. Yusuke OKUMURA, Director of MCC East Japan delivered a speech, followed by Minister of Justice’s address (Mr. HANASHI read for the Minister) and PFI operator’s address. Subsequently, both Mr. INOUE and Mr. USUI also made congratulatory addresses. Lastly, Atsushi SATO, Director of Facilities Division of MOJ reported the progress on the construction, including the approach for establishment to Akishima City and Tachikawa City and the completion of construction. 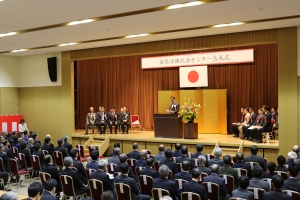 Inauguration Ceremony
TICP, UNAFEI/ICD, Training Institute of PSIA and correctional institutions such as Hachioji Medical Prison were relocated and consolidated into IJC, which is a complex of MOJ facilities, at an old site of U.S.Airforce Tachikawa Base located in Akishima City, Tokyo. This aims at further enhancement of justice administration by promoting efficiency in facility management with a continuous effort to harmonize with communities.

We will develop justice administration by operating IJC with communities and making efforts to improve public understanding of MOJ’s initiatives. 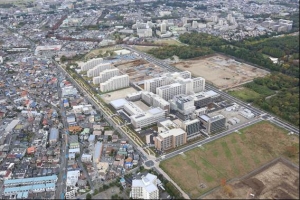