(Please click here for a video of the World Congress for Community Volunteers Supporting Offender Reintegration:Part 1・ Part2)
Background
Before the World Congress for Community Volunteers Supporting Offender Reintegration (the “World Congress”) , the Asia Volunteer Probation Officers Meetings were held in 2014 and 2017, attended by volunteer probation officers from Japan, Korea, the Philippines, Singapore, Thailand, as well as observers from China and Kenya. Participants shared practices and challenges of their countries’ volunteer probation officer programmes and offender rehabilitation system. At the Meeting 2014, "Tokyo Declaration" was adopted, which called for the establishment of a global network of volunteer probation officers and their continued mutual cooperation.

Concept
Community support and partnerships involving the public and private sectors and civil society are critical to the prevention of reoffending and promotion of offender reintegration. Notably, the importance of community volunteers providing support of offenders, particularly by means of regular dialogues and provision of advice as peer members of the community, is increasingly recognized.

The outcome of the World Congress is expected to contribute to the establishment of United Nations standards and norms on reducing reoffending as well as the promotion of community volunteer system such as hogoshi system in various countries, so that the circle of "HOGOSHI" will expand throughout the world. 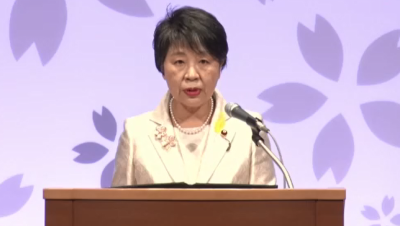 Welcome remarks by Ms. Kamikawa (Minister of Justice, Japan)
Ms. Kamikawa Yoko, the Minister of Justice, delivered welcome remarks at the beginning of the World Congress. She stated that community volunteers including hogoshi are making daily efforts to build a rehabilitative environment in the community, and that their activities embodied the multi-stakeholder partnership set forth in the SDGs. She expressed her aspiration that the outcomes of the World Congress will be a historic point of departure to expand the circle of community volunteers throughout the world.
(Please click here for the whole text of welcome remarks) 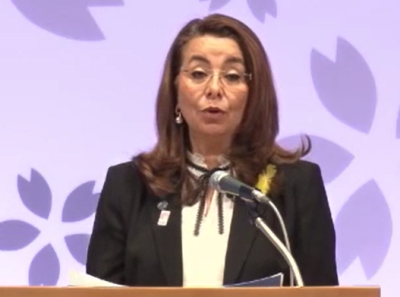 Opening remarks by Ms. Waly
Ms. Ghada Waly, the Executive Director of the United Nations Office on Drugs and Crime (UNODC), in the opening remarks, mentioned that the efforts of community volunteers are essential to supporting the social reintegration of offenders and their work together with offenders seeking reintegration contributes to upholding public safety and the rule of law. She also stated that successful collaboration between criminal justice practitioners, civil society and community volunteers encapsulates the spirit of Goals 16 and 17 of SDGs. After she touched upon the UNODC's assistance efforts to various countries, she concluded that the UNODC is ready to support and raise awareness of the work of community volunteers in the reintegration of offenders.
(Please click here for the whole text of opening remarks) 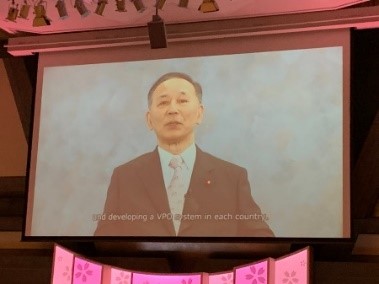 Opening video message by Mr. Tanigaki (President of the National Federation of Volunteer Probation Officers)
Mr. Tanigaki Sadakazu, the President of the National Federation of Volunteer Probation Officers, in his video message, stated that hogoshi are constantly engaged in their activities in order to build a community where people who committed a crime are accepted through “bonds” of warm support, and such efforts maintain the safety and security of all people in the community. In addition, he underscored that most important thing is to carefully reformulate the bonds between people who support each other in such a difficult time under Covid-19, and community volunteers in each country or region who take the lead in putting these into practice are an essential part of our society. He proposed that the community volunteers gathered here take the lead in realizing the “society in which no one is left behind”.
(Please click here for the whole text of the video message) 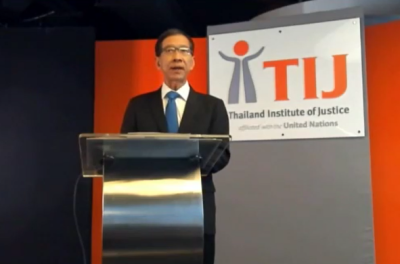 Guest speech by Dr. Chitsawang (Deputy Executive Director of the Thailand Institute of Justice)
Dr. Nathee Chitsawang, the Deputy Executive Director of the Thailand Institute of Justice (TIJ), who participated in the World Congress online from Thailand, delivered the guest speech focusing on the important role of community volunteers. In his speech, introducing Japan’s volunteer probation officer (hogoshi) system as a good practice that is effective for offender rehabilitation, he pointed out problems such as the need to develop infrastructure to support the community volunteers in response to changes in modern society. He also stated that the volunteer probation officer system can serve as an ideal model for seeking recidivism prevention measures at the local level, and that it is not a system that competes with government measures but one that can be developed through cooperation between the public and private sectors.

Dr. Frank J. Porporino, the former President of the International Association for Correctional & Forensic Psychology, delivered a keynote speech entitled "A Future of Volunteers in Probation Practice". He presented six elements of successful volunteer support initiatives (1. Time for Connection, 2. Relational Style, 3. Coaching & Mentoring, 4. Practical Assistance, 5. Community Advocates, 6. Self-Sustaining Service Culture), using the Japanese volunteer probation officer (hogoshi) system as an example. Dr. Porporino concluded that “What Works” with offenders is fundamentally about how to influence change in others through the building and leveraging relationships, and that the Japanese volunteer probation officer model is innovative, far-reaching and important component of community corrections that should be preserved.
(Please click here for materials of the keynote speech)

Mr. Imafuku Shoji, the Director-General of the Rehabilitation Bureau of the Ministry of Justice of Japan, explained the core values of community volunteers supporting offender reintegration; 1. Private citizens and organizations with the purpose of supporting the rehabilitation of offenders (Stand side-by-side with offenders from the perspective of good neighbours); 2. Three elements as key concepts of volunteerism (Spontaneity, Sociality, Unpaid); 3. Community-recommended (Rebuild the relationship between the offenders and the community, Utilize various resources in the community) and community-based (Understand the culture, lifestyle and values of the same community) volunteers play very important role to build a safe and secure community where people can relate to and help each other.

A panel discussion was held in the latter half of the World Congress, on the theme of "the importance of community volunteers supporting offender reintegration". Panellists from Thailand, the Philippines, Japan, Kenya, Canada, and the United Kingdom delivered presentations on the community volunteer systems and activities in their respective countries and regions.

A panellist from Japan, Ms. Ando Ryoko, a hogoshi and the President of Tochigi Prefectural Volunteer Probation Officers Association introduced, based on her experience, her consideration in building relationships with probationers and parolees. She emphasized the importance of public understanding and the cooperation of local community, which forms the basis for the activities of hogoshi, and introduced activities to promote public understanding and cooperation. 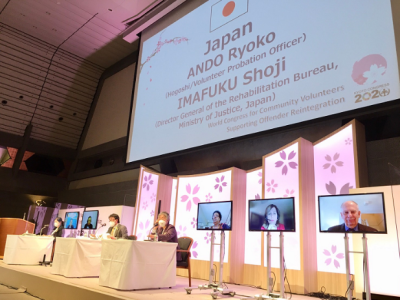 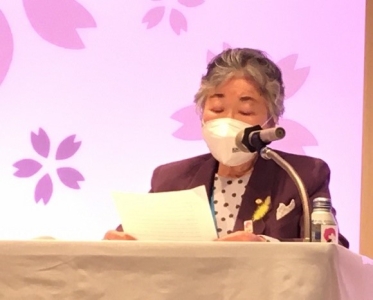 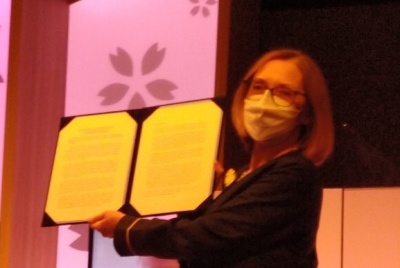 At the end of the World Congress, Ms. Lebaux, the Chief of Justice Section of the UNODC, delivered closing remarks. She stated that community volunteers such as volunteer probation officers powerfully contribute to crime prevention, to offenders’ social reintegration and to building inclusive and peaceful communities, and that the UNODC welcomes the Kyoto Hogoshi declaration’s recommendation that a global network of community volunteers working for the reintegration of offenders should be established to strengthen their cooperation and mutual support across borders.
(Please click here for the whole text of closing remarks.)

Based on the results of the World Congress, the Ministry of Justice will actively work to foster community volunteer system such as the hogoshi system, and to expand the circle of "HOGOSHI" throughout the world.